Find here below the list of the French Palace hotel as at January 1st 2019. Those outstanding French hotels are ready to welcome you for an exceptional experience in Paris, on the French Rivera, in French Alps or other locations. If you want to have more information about those hotels, you can register our newsletter and follow us on Facebook.

2019 is coming fast… which announce the French winter sales! A great occasion to come to Paris or to go on the French Rivera or to ski in the French Alpes and to do some shopping. Here is all you need to know about this period of promotions in France.

At the Cheval Blanc, one of the most outstanding palace of French Alps, it is time to ended the 2017-2018 season. You can still make your reservation up to April 7, 2018. Courchevel is one of the most famous ski resort of the French Alps.

The Hotel du Palais in Biarritz is welcoming you with a great refurbishment of itsoutdoor space. Spring 2018 will be one of the best one to spend wunderful time on the Côte Basque. Come and discove the  renovated outdoor Californian pool with its pool bar and solarium, surrounded by newly redesigned garden and much more...

The 2015-2016 season is ending for the Cheval Blanc palace based in Courchevel, one of the most famous ski area located in the French Alps. The 2016-2017 season will start next December.

The French Palace's Chateau de la Messardière will re-open on April 18, 2016. An unique opportunity to spend a great sprint time on the French Riviera.view site

Le Bristol Paris was rewarded during the World Travel Awards ceremony 2014 for the fourth consecutive year!

Last night, during the World Travel Awards 2014 gala ceremony held in Athens, Le Bristol Paris won the highly coveted "France's Leading Hotel" award for the fourth consecutive year.
The World Travel Awards, a major event in world tourism for over 20 years, rewards excellence in all sectors of travel and tourism. This distinction is the result of votes by professionals in this sector, and members of the public. This year Le Bristol has been awarded one of the most prestigious awards, that of "France's Leading Hotel". 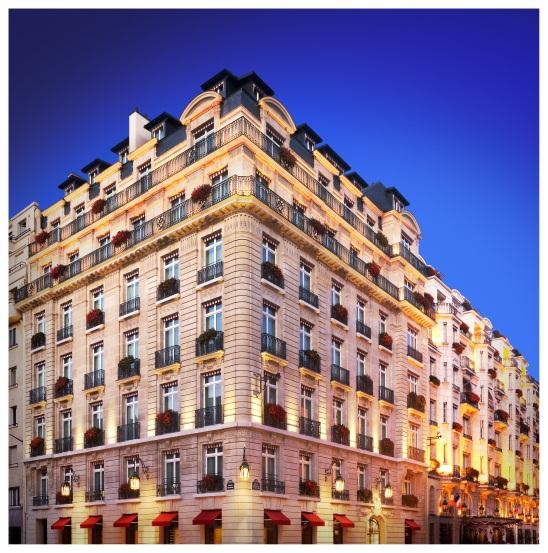